Means of creating earthquake resistant buildings in an…

On 17th February 2006, a mudslide hit the village of Guinsagon in southern Leyte province in the Philippines. The slide covered 9km^2, was 3km wide and in places 30m thick. Half a mountain collapsed on the single village. .

The main cause of the mudslide was a La Ninya event in the Western Pacific. 200cm of rainfall fell in 10 days, weakening the slope strength. Slopes in the region are mostly very steep and mass movement and mudslides occur frequently.

Widespread deforestation during the past 70 years have also increased slope instability. The slide was ultimately triggered by a small local earthquake of magnitude 2.6Mw.

Exposure in that area of the Philippines is high. In 1991, 5,000 people were killed when typhoons triggered landslides, and a similar event in 2003 killed 133 people. Mudslides and landslides are a constant threat due to:

Many villages are located at the base of steep slopes in the direct path of mudslides, and rural populations are high. The people are very poor and have high population growth. Southern Leyte is one of the poorest areas of the Philippines. Between 1995 and 2000 the population grew by +2.73%, placing pressure on environmental resources.

Logging bans have not been enforced by the government, largely due to political corruption. Even where sustainable logging has been practiced, in many places trees with shallow roots have replaced trees with deep roots, and thus made the slopes far less stable.

Survivors described how a “wall of mud” descended on the village, killing over 1,000 people, including 246 children at a primary school. Almost every one of the 300 homes was destroyed. The slide killed thousands of livestock and buried the farmland; around 16,000 people were affected.

Hazard mitigation maps have been made of Southern Leyte, but are not very detailed, so that villages that will be effected by mudslides cannot be identified. Following heavy rains and the deaths of 20 people in a nearby village, warnings were issued between the 4th and 17th of February, and several hillside villages were evacuated. However, many people chose not to leave.

Evacuation centres were set up around St Bernard, the capital of the region. Emergency aid in these centres provided safe drinking water, sanitation and health services. The region is very poor, however, so they cannot afford communications, which slowed down response times. Two hundred rescue workers were brought into the site. Unlike earthquakes, mass movements have few survivors.

International aid was provided by the Red Cross and Red Cresent, and their appeal raised US$1.6 million.

The government has commissioned a US$1.5 million geohazards survey and mapping of Leyte to try to prevent future similar disasters.

The earthquake struck on 24th August, 2016 at 3:36. It scored magnitude 6.2, with an epicentre close to Accumoli, with a depth of only 4km. 298 people were killed. There have been at least 2500 aftershocks, some of which, along with the initial quake, have been felt throughout most of Italy.

The Apennines are a very seismically active area, with many small faultlines. The faults involved recently in quakes have been SW-dipping faults.

At least 365 people had to be hospitalised, though many others had more minor injuries. 238 people were pulled out of rubble. A town near the epicentre, Amatrice, according to its mayor “is not here anymore”. Many cultural heritage sites have been lost- to the extent that structural tests were done on the Coliseum, on the other side of the country, 100km away. Dozens of people were killed in Rome, despite the distance from the epicentre.

Approximately 2,100 people went to emergency camps. 4,400 were involved in search and rescue with 70 teams with rescue dogs.

A man trying to loot an empty home was arrested at one point.

A state funeral was held with coffins for 38 victims from Amatrice, including 2 children. The funeral was meant to be held in Reiti, 35 miles away, but local people protested, saying it had to be held locally, putting additional immediate strain onto builders and organisers, who were already struggling with organising basic needs. Another was held in the Marche region, nearby.

The Prime Minister, Matteo Renzi, has pledged 50 million euros in funds for rebuilding.

In Pescara del Tronto, five asylum seekers helped out. Amadou Jallow from Gambia was one of them, and he said they had “to give back to Italian people for the good things that they have done for us”.

35 refugees and asylum seekers in Ascoli Peceno were shocked by the earthquake but started clearing rubble away quickly. A group of 70 refugees pooled their 2 euros a day allowance and made a donation of nearly 200 euros to earthquake victims- the footage they saw reminded them of the places they had fled from.

Italy generally has a very xenophobic attitude towards those of Muslim heritage- to the extent that in some schools refugee children are made to use different bathrooms to the others, due to “hygiene concerns” despite the children being perfectly healthy. Some of the intolerance is understandable:

Any help the refugees gave was entirely from them understanding how stressful the situation was and genuinely wanting to help people in need; no one was trusting them enough to think they’d do anything to help.

Most don’t care about the prejudices- they’re grateful to live somewhere safe at last, and want to give back to their new communities. Some other examples of refugee community work:

Rieti was meant to have rebuilt many of its buildings after an earthquake in 1974 to improve earthquake resistance; however, an entire family was killed that sheltered within a church during the movement. A primary school in Amatrice was levelled- after 700,000 euros were spent in 2013 on “renovating” it; tests of the school’s permits shows that anti-seismic measures were faked, possibly by the mafia.

The Amatrice bell tower had been recently restored before the quake, but fell, and crushed a family of four.

The temperature had been 28 degrees celsius average, with 137cm of rainfall average each year. This climate means that soil is often damp and therefore prone to moving easily.

The earthquake was shallow, and the plates hadn’t shifted for years. The plate boundary ran through the capital, Port au Prince.

The epicenter was very close to Port au Prince, while the focus was not far underground.

Haiti is the poorest country in the western hemisphere, so was ill equiped for this situation. Building quality was awful- and they lacked infrastructure. They had poor architecture, and many buildings were made of low quality concrete blocks.Roo

Roofs easily collapsed, trapping people underneath. Many houses were on slopes, causing slips.

Due to knowledge that future quakes are likely to occur, various measures have had to be put into places.

Earthquake simulations are run to see the panic which would occur in the real situation. People can practice organising emergency services for the situation. They are also to see how children react. Lots of screaming and running around.

The emergency services are being trained to act as best they can, by staying calm instead of running around, for instance.

The earthquake has had the greatest effect on the poor long term.

Half of the population was below the poverty line; after the earthquake, this rose to 80%.

Some people have had to spend 3 years in their camps. They had:

NGOs helped the local people by:

The relocated people would have had to still pay rent for housing had the refugee camps not been set up; the camps helped provide shelter for those who would not have been able to afford this in their current financial situation.

In the refugee camps, people had to travel to work. Often the fees of transport were so expensive that people could spend more money travelling to and fro between work and the camps than they would earn. So, many people had taken to just sleeping rough outside their offices during the week and only coming home at weekends.

There were toilets in the camps so there was one between every five families. One of the main aims of the new buildings was to remove this issue.

Creditors died with the earthquake

Most food was imported.

Oxfam was trialing different techniques in Haiti to get good crop growth. Oxfam funded small rice mills to get a better price at the market for farmers. Unprocessed rice is worth far less, so by allowing the rice mills to be more available, farmers can get more profits, allowing rural areas to support themselves better in the aftermath. With more rice mills, it is overall cheaper to use them.

Profits from mills help pay for drainage channels which increase yield again. This is an overall positive multiplier effect.

Land reform is a necessary feature of the rebuilding. Before the earthquake, unclear laws on land ownership meant that when the earthquake hit, camps had to be built in poor sites as the owners could not be tracked down and asked permission to use any land closer to the capital. Most of the land is only claimed by a few people, and overall this makes it hard to make long term investments. Companies and investors want a guaranteed pay out, which they can’t get from the unclear laws as it was. 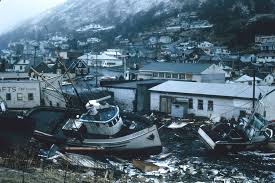